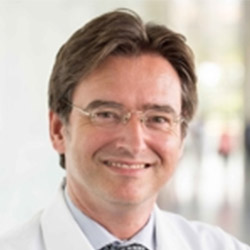 His areas of clinical interest and research are neuro-oncology, including glioblastoma, intraoperative imaging, pediatric neurosurgery, EGF receptor and targeted therapy. He has authored more than 70 scientific papers in international publications and is a member of the Reading Committee of several scientific and medical journals.

Prof. Marc-Eric Halatsch is a medical graduate and doctor of science from the medical school of the University of Göttingen. 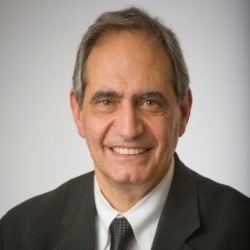 Jean-Pierre Bizzari, M.D., is a world-renowned oncology expert. He is a member of the Scientific Advisory Board of the French National Cancer Institute (INCa), member of the International Board of MATWIN (UNICANCER group) and Chairman of the New Drug Advisory Committee of the European Organization of Research and Treatment of Cancer (EORTC).

Previously, Dr. Bizzari was in charge of the clinical development in oncology of several  major international pharmaceutical groups. He notably served as Executive Vice-President, and Director of Clinical Oncology  (U.S., Europe, and Asia/Japan) at Celgene from 2008 to 2015. He has been involved in the clinical development of several anticancer agents such as Taxotere®, Eloxatin®, Abraxane®, Irinotecan® and also Gliadel® wafer for the treatment of glioblastoma.

Dr. Bizzari has published more than 70 articles in peer-reviewed journals and more than 160 abstracts in scientific congresses, notably on clinical trial methodology and pharmacokinetic/pharmcodynamic studies.

Jean-Pierre Bizzari holds a medical degree specialized in oncology from the University of Nice (France) and has trained successively at the Pitié-Salpêtrière hospital in Paris, at the Ontario Cancer Institute, and then the Montreal McGill Cancer Center in Canada. 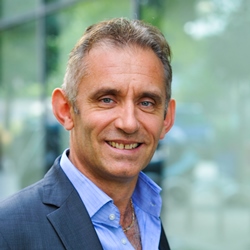 Dr. Joël Richard, an expert in physico-chemistry and biopharmaceutical R&D, is Head of Technical and Pharmaceutical Operations at MedinCell.

Dr. Joël Richard has focused his research activities on new formulations and drug delivery systems, such as microspheres, nanoparticles, polymers, chemically modified proteins and supercritical fluid technology, in particular for injectable protein and peptide preparations. He has published 68 peer-reviewed scientific articles, 8 book chapters and is the author of more than 130 international papers and 53 patent families.

Joël Richard is a graduate of the Ecole Normale Supérieure de Cachan (Paris, FR). He obtained his PhD in colloid and interface science at the Pierre and Marie Curie University Paris VI and his Habilitation to Direct Chemistry Research at the University of Bordeaux I.